Almost there!  With the “Voyage Trekkers”premiere bearing down on us, I’ve been burning the candle at both ends, sleeping five or six hours a night, rolling out of bed and getting right back to the computer to get this project ready.  But worry not, for this burning candle is a wonderfully scented … there’s a lot of exciting things coming your way.

Character Profiles.  On the site, instead of the boring character bios, we’ve created their Galactic Union personnel files.  These will update as the crew continue their adventures.

The Captain’s Blog.  This is exciting.  Captain Sunstrike will post a weekly blog of his adventures on the website.  This will include adventures both seen and unseen in the episodes.  A good source of expanded universe fun! 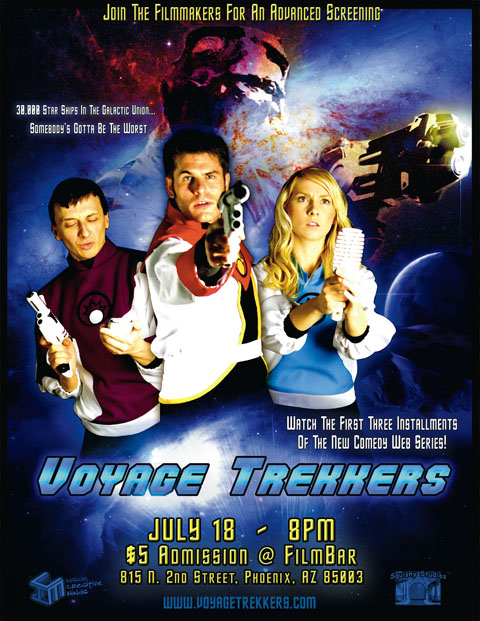 Voyage Trekkers Screening Party.  The online premiere is July 18th, but if you’re in Phoenix, come join us at FilmBar at 8PM.  We’re screening the first three episodes!  Admission is $5.  Here’s the link to the facebook event.